Ilya Lushnikov, 10 years old, suffers from a developmental brain malformation and epilepsy, He needs to undergo surgery at the Children’s Hospital of Philadelphia in the USA, 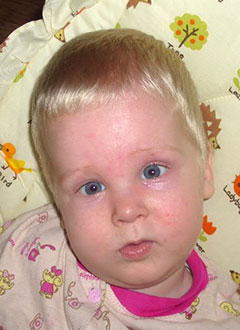 Our little Ilya was a planned and wanted child. He was born at term and cried out immediately after delivery. That same day he got his hepatitis shot. Soon I began to notice his little eyes blinking and Ilya nodding strangely. I told the doctor about it and she explained that it was postpartum shock. At that very moment my son turned blue and started suffocating right before her eyes. He was taken to the intensive care unit and when little Ilya got a bit better he was transferred to the Samara regional hospital. There he was diagnosed with epilepsy. For six long months doctors tried different medications but they did not work at all. Then we learned about the PlanetaMed clinic in Moscow and took our son there. The doctor in Moscow said Ilya has a developmental brain malformation that causes his epilepsy.

No medications will help us. He needs an operation. It can be done at the Children’s Hospital of Philadelphia in the US. But the bill is overwhelming for our family. All we have is my husband’s salary, my maternity leave money and Ilya’s disability pension. Please help us! Olga Lushnikova, Samara region

No medications will help